Each year the New Hampshire Association of Broadcasters files comments on numerous Federal Communications Commission proceedings on behalf of our members.  The following is a list of the FCC proceedings in which the NHAB jointly participated in 2015 thanks to Washington counsel of Pillsbury Winthrop Shaw Pittman and the other associations in the National Alliance of State Broadcasters Associations. 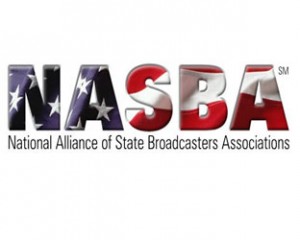 1.   In the Matter of Amendment of Section 73.1216 of the Commission’s Rules Related to Broadcast Licensee-Conducted Contests, Notice of Proposed Rule Making (MB Docket No. 14-226; RM-11684), Joint Comments filed on February 18, 2015.   The participating State Broadcasters Associations filed in support of the FCC’s rule making proposal that would amend the Station Contest Rule to give radio and television stations the option, in lieu of over-the-air broadcasts, of disclosing the terms of their station contents via their own websites or any Internet website that is publicly accessible.  We argued that giving broadcasters the flexibility to choose between on-air and online station contest disclosures will better enable them to reach and inform their audiences. We also pointed out that this flexibility will also bring broadcast licensees one step closer to regulatory parity with their cable, satellite, and internet competitors, to whom the Station Contest Rule does not apply.  We urged the Commission to be careful not to unduly encumber the online disclosure option.  Specifically, we objected to any requirement that licensees broadcast the “complete and direct” website address where contest terms are located “each time” a licensee makes any mention or reference to a station contest.  Rather, we proposed that the new rule require the announcement of the website’s home address (e.g., “wxyz.com”) only when the station affirmatively promotes the contest.  Additionally, we urged the Commission to refrain from micro-managing stations that choose to post contest disclosures on the Internet because there is no reason for the Commission to depart from its long-standing policy of leaving the manner of disclosure to the licensee’s discretion.  In response to the Commission’s proposal to establish record retention requirements, we argued that since the State Associations agree that station contest rules posted online should be available 24/7 during the contest, for free, and without any registration requirement (subject to technical outages and other force majeure events), we saw no reason to adopt retention requirements, particularly given that such a requirement would be better dealt with at the state level. (Proceeding Pending)

2.   In the Matter of Expansion of Online Public File Obligations to Cable and Satellite TV Operators and Broadcast and Satellite Radio Licensees, Notice of Proposed Rule Making (MB Docket No. 14-127), Joint Comments filed on March 16, 2015.  The participating State Broadcasters Associations made the following major arguments: (1) having required TV broadcasters to maintain an online file, the FCC should require the same of MVPD TV competitors (cable and satellite); (2) given the differences in staff size, etc., and the sheer number of stations affected, the FCC must recognize the differences between TV and radio in implementing a radio online public file rather than just unthinkingly imposing the same rules on radio as were imposed on TV; (3) the FCC should phase-in any requirement by starting in the Top 50 markets before later expanding beyond that; (4) rather than temporarily exempt stations with less than five full-time employees, the FCC should permanently exempt Station Employment Units with ten or fewer full time employees, consistent with the FCC’s exemption standard for  Midterm EEO Reports and certain other EEO obligations; (5) exempt stations should be permitted to voluntarily move their public files online if they elect to do so, and the FCC should modify its rules to incentivize stations to make that voluntary move by offsetting the regulatory burdens involved; (6) the FCC should examine and strengthen its filing systems to ensure they can handle the added load more online public files will bring; (7) the FCC should extend its ten-day quarterly filing windows to thirty days to reduce the burden on both the system and filers by spreading out the number of filers on any particular day; and (8) the FCC should not use this proceeding to expand broadcasters’ public file obligations, but instead focus on implementing online public file requirements that are practical, functional, and not harmful to smaller stations.  (Proceeding Pending)

3.   In the Matter of Accessible Emergency Information, and Apparatus Requirements for Emergency Information and Video Description; Implementation of the Twenty-First Century Communications and Video Accessibility Act of 2010, Public Notice (MB Docket Nos. 12-107, 11-43), Joint Comments filed on April 13, 2015.  On March 27, 2015, the NAB filed a petition urging the FCC to waive a portion of its new rules requiring a TV station to make visual emergency information available in the audio of the station’s SAP stream as well.  All State Broadcasters Associations joined in filing Comments with the FCC to support the NAB’s request.  Those Comments urged the FCC to delay implementation of the rules for six months, until November 30, 2015, to give vendors time to create technology capable of performing the conversion of textual emergency content into aural content, and to give TV stations time to test and implement those technical solutions.  The Comments also requested that the FCC waive the requirement that all visual but non-textual information (e.g., Doppler Radar and weather maps) be conveyed aurally on SAP until technological solutions to accomplish that become available.  Finally, the Comments urged the FCC to reconsider or waive the requirement that school closings be considered a form of emergency information that must be made available aurally in the SAP until such time as a more practical solution is identified.  In particular, the Comments noted that for stations serving areas with numerous schools and school districts, aurally listing all of the various closings (twice, as required by the rule for all emergency information) would crowd out more important emergency information with limited benefit given other sources of school closing information available.  Throughout, the Comments emphasized that broadcasters support the goal of making video programming and emergency information accessible to all members of the public, but the difficulty of complying with these requirements before technical solutions are found places stations in the awkward position of deleting visual content that cannot readily be delivered aurally rather than risk a rule violation.  Such an approach offers no benefit to the visually impaired while reducing the ability of TV stations to convey emergency information to the rest of their audience. (Proceeding Pending)

4.     In the Matter of Low Power FM (LPFM) Advocacy Group Petition for Rulemaking for Improvements to the LPFM Radio Service (RM-11753), Joint Comments filed on August 31, 2015.  On July 27, 2015, the Lower Power FM Advocacy Group (LPFM-AG) filed a Petition for Rulemaking with the FCC, asking the Commission to institute a number of changes that would fundamentally alter the nature of the LPFM service.  In opposing the Petition, the participating State Broadcasters Associations focused on three main concerns: the Petitioner’s requests to (i) grant LPFM stations primary status; (ii) increase LPFM operating power; and (iii) allow LPFM stations to operate commercially.  First, we argued that amending the rules to grant primary status to LPFM stations would compromise the integrity of FM spectrum by increasing the risk to full-power FM licensees in ways the FCC specifically found unacceptable in adopting the current rules.  Additionally, we explained that the FCC’s obligation to maintain the secondary status of LPFM stations is mandated by the Local Community Radio Act, which provides that the FCC shall ensure that LPFM stations “remain . . . secondary to existing and modified full-service FM stations.”  Next, we opposed any increase to LPFM power on the grounds that such increase would further strain an already overcrowded FM band.  Granting this request would block licensing opportunities for FM translators (including for AM revitalization) and boosters, as well as undercut the hyperlocal nature of LPFM stations that the FCC intended to be the very essence of the service.  We also argued that any increase in LPFM operating power would exacerbate the risk of interference to full power stations.  Finally, we urged the FCC to reject the Petitioner’s request to allow LPFM stations to operate commercially.  In authorizing the LPFM service, the FCC sided with the “overwhelming majority” of commenters who endorsed establishing LPFM as a noncommercial service, designed as a forum for programming responsive to local community needs and interests, not ratings and revenues.  We pointed out that—contrary to the Petitioner’s argument that LPFM cannot survive as a noncommercial service—many LPFM licensees and advocacy groups also oppose the introduction of commercial elements to the LPFM service.  In our comments, we noted that the State Associations are supportive of LPFM service, but urged the FCC to recognize that granting Petitioner’s requests would essentially replace the current LPFM service with an entirely different service—in contravention of the public interest and statutory mandates.  (Proceeding Pending)

5.   In re Amendment of the Commission’s Rule Related to Retransmission Consent, Report and Order and Further Notice of Proposed Rulemaking (MB Docket No. 10-71), 29 FCC Rcd 03351 (2014), Written Ex Parte Communication filed on October 13, 2015.  In their Ex Parte Letter, the participating State Broadcasters Association vigorously opposed Chairman Wheeler’s proposal to eliminate the FCC’s TV Exclusivity Rules.  We argued that, although broadcasters typically welcome Commission review of outdated rules, the Exclusivity Rules, while certainly well-established, are far from outdated.  Any proposal to eliminate rules so integral to the health of broadcast localism cannot simply be viewed in the abstract, but instead must acknowledge the real-world consequences and harms that would ensue.  The State Associations expressed disappointed to see the FCC, via the Blog Post of William Lake, the Chief of the FCC’s Media Bureau, merely repeating the same empty rationale for eliminating the Exclusivity Rules as the FCC’s Further Notice of Proposed Rulemaking (“FNPRM”) offered—that the rules are outdated.  We stressed that there is an important distinction, however, between “outdated” and what the Exclusivity Rules actually are—tried and true.  “Outdated” suggests that the Exclusivity Rules have ceased to have their original utility, but there is not an iota of evidence in the record to support that conclusion.  They serve the same purpose today as when they were adopted, that purpose is no less vital, and mere repetition of the word “outdated” cannot change that fundamental fact.   We also noted that many commenters in this proceeding have focused on the integral connection between the Exclusivity Rules and the continued availability of the Compulsory License, and they are correct that the two mechanisms are inextricably linked.  The Blog Post seeks to deny that fact, and is therefore unpersuasive.  However, that point has been well covered in the record by others, we stated, and the State Associations therefore wish to focus on a different unsupported assertion made in the Blog Post—that the issues the FCC seeks to create by eliminating the Exclusivity Rules can be addressed solely through contracts and court litigation.   Indeed, the existence of the Compulsory License makes preservation of the Exclusivity Rules even more critical.  Setting aside that it is not in the public interest to burden already overburdened courts with more litigation, stations and MVPDs with more costs, and the public with having to ultimately pay those costs (whether in lost local service or through higher prices on advertised products and MVPD subscriptions), we urged that contracts cannot accomplish the miraculous results the FNPRM and Blog Post attribute to them.  Indeed, as detailed in the filing, the Exclusivity Rules remain necessary precisely because no private contractual regime can even begin to address the issues created by Congress via the Compulsory License.  This is not a point of debate, but simple legal fact we argued.  That is why there is nothing in the record actually seeking to demonstrate how contracts can successfully, much less efficiently, address the program exclusivity issues that the Exclusivity Rules manage so elegantly.  Instead, the FNPRM and Blog Post merely assume that they can with no evidence to support that assumption.  (Proceeding Pending)