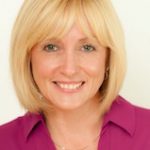 There is important news to report on the legal battle over property taxes and whether critical and valuable broadcast equipment could be taxed by local cities and towns.  Late last week, the New Hampshire Supreme Court ruled in favor of broadcasters in striking down an earlier ruling which would have allowed such a tax to be levied on radio and television stations.

The decision undoubtedly saves many tens of thousands of dollars in tax payments for local broadcast companies.  The case, DirecTV vs the Town of New Hampton, sought to answer whether broadcast antennae, satellite dishes and UPS batteries could be considered permanent fixtures which could be taxed as part of local property taxes.

While a lower court gave the green light for this dramatic change in tax policy, the NH Supreme Court reversed that ruling, saying this equipment is like phone poles, storage trailers and machine equipment which can be removed without affecting the utility of the property.

NHAB filed as a friend of the court in opposition to the town’s attempt to tax broadcast equipment.  Board Chair Mark Ericson celebrated the ruling after being briefed by attorneys. Ericson offered the following public statement:  “Our association added its voice to this legal fight to help insure that the equipment essential to broadcasters in New Hampshire wasn’t unfairly taxed.  This could have been a devastating blow to the finances of radio and television stations of all sizes and I applaud the decision handed down by the justices.  We were proud to work on behalf of members during this important legal fight.”

I offer my personal thanks to the legal team in helping secure this important victory.  We will keep you posted on any new developments with this case.