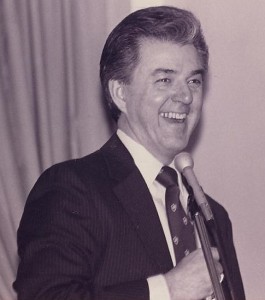 Darrel R. Clark, former New Hampshire broadcaster and NHAB Board member passed away on October 13, 2013 at the age of 75.

Darrel was affiliated with NHAB beginning in 1980.  From 1988-2004 he served as Treasurer, including several years after his retirement to Florida.  Clark received the NHAB’s Broadcaster of the Year Award in 1986.

Leave a Reply to Ed BrouderCancel