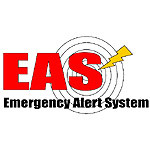 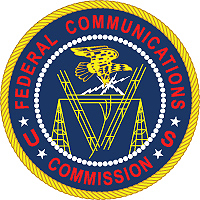 WASHINGTON, July 11, 2016 – The Federal Communications Commission today updated its rules so that Americans can receive more specific – and potentially life-saving – warnings through the Emergency Alert System (EAS) before extreme weather strikes. The amended rules add three new “event codes” that can be used to warn the public about the storm surges and extreme winds that may accompany hurricanes and other severe weather events.

The EAS is the national public warning system through which broadcasters, cable television providers, and other participants deliver emergency information to Americans. About 90 percent of EAS activations are generated by the National Weather Service (NWS) and concern weather events. Alert originators, such as the NWS, select from a group of fixed event codes based on the nature of the situation (for example, “TOR” signifies tornado), and the relevant alert is subsequently distributing by EAS participants to the public.

In response to stakeholder input, the FCC has now added three additional codes – to signify an “Extreme Wind Warning (EWW),” “Storm Surge Watch (SSA),” and “Storm Surge Warning (SSW)” – so that communities can receive more specific and relevant alerts during hurricanes or other severe weather.

The updated rules require EAS equipment manufacturers to integrate the codes into new equipment and will also enable EAS participants to update their existing equipment in advance of next year’s (2017) Atlantic hurricane season.

Editor’s note: The FCC has not yet issued deadlines for incorporating these new event codes into existing EAS hardware.  They will likely be available as software updates from most manufacturers.  Following is the rationale for adding the new events codes.

The National Weather Service (NWS) requested that the Commission add a new “Extreme Wind Warning” (EWW) event code to provide the public with advance notice of the onset of extreme sustained surface winds (greater than or equal to 115 miles per hour) associated with a major land-falling hurricane (category 3 or higher).  According to NWS, no other existing EAS event code is adequate or acceptable to activate the EAS for an extreme wind warning associated with a hurricane. NWS explained that although it began using the EWW code for its weather alert radio system warnings in 2007, EAS Participants were “reluctant to add and relay the new [e]vent [c]ode via the EAS, fearing FCC adverse action without addition of the new EWW Event Code to the Part 11 [rules].”