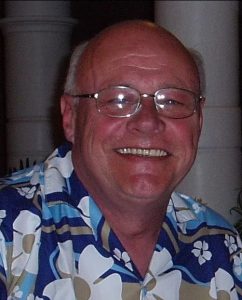 It is with deep regret that NHAB notes the passing of longtime broadcast executive Charles E. Dent, Jr., of Derry. Charlie died on Tuesday, June 7, 2016 following a long bout with cancer; he was 69.

Charlie served a seven-year hitch with NHAB from 1987-1994, serving as Treasurer, 1st Vice President, President, and Chairman of the Board.  His broadcast career, however, lasted far longer.

He graduated from the high school in his native Pulaski, Virginia in 1965.

During the next four years Charlie earned a BA in English at the College of William and Mary, serving as student manager of his campus station, WCWM-FM. 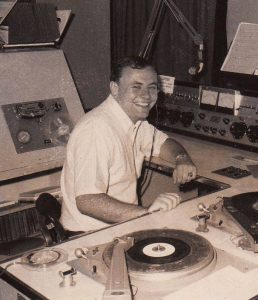 In 1970 he moved to New England as an account executive at Plough Broadcasting’s WCOP in Boston, rising through the ranks as local and, later, general sales manager.

Five years later he moved to Lawrence as general sales manager of Curt Gowdy’s WCGY and WCCM. From 1980-84 Charlie served in a similar capacity at WCAP in Lowell.

In 1984 Charlie moved to New Hampshire as general manager of the former WKBR in Manchester (now WGAM). There he met Janice Bailey and the two started the All Radio Marching Band in 1987, consulting WVNH in Salem (now WCCM). When Charlie became a part owner of WMDK AM/FM in Peterborough in 1987, Janice joined him as program director.

During this period Charlie served as a director of the Ad Club of New Hampshire.

From 1991-93 he was the senior account executive at WZID/WFEA in Manchester.
A general manager’s position beckoned and in 1992 Charlie joined WMVU in Nashua. Two years later he left radio for a time, serving as vice president of The Bedford Granite Group, an ad agency owned by longtime NHAB President B. Allan Sprague.

The attraction to radio was strong, and in 1995 Charlie returned to Nashua as general sales manager of WHOB-FM (now WFNQ), a position he held for five years.

He spent the next six years as the regional sales manager for Northeast Broadcasting’s WXRV in Haverhill, MA.

In October 2006 Dent formed Precedent Marketing, an advertising/copywriting firm, which he ran until his retirement in 2014.

For many years Charlie was associated with the student radio station at Hesser College in Manchester where he taught radio and communications courses.

In addition to his long involvement with broadcasting, Charlie was a talented musician, who frequently played the keyboard at various conventions and holiday parties.  He was also accomplished on guitar, banjo and the hammered dulcimer.  He was an active volunteer in dramatic productions at Pinkerton Academy in Derry and served on the board of the Robert Frost Farm.

Charlie leaves his wife, Marilyn, a daughter, Jenny Khan, her husband and two grandchildren.  No service is planned at this time.  Memorial donations can be made to the Jazz Foundation of America or The Friends of the Robert Frost Farm, PO Box 1075, Derry, NH 03038.