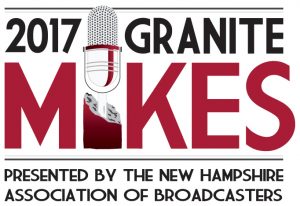 (September 13, 2017) – For the first time in several years, NHAB will feature a full-blown convention on the same day it presents the 2017 Granite Mikes.  The event is scheduled for Thursday, October 12, at the Grappone Conference Center in Concord, NH.

In addition to the evening awards show at which New Hampshire radio and  television stations will be recognized for their outstanding programming, two sales-oriented seminars will be offered during the afternoon.  There will also be a buffet dinner with entertainment by comedian Jimmy Dunn.

The first seminar is entitled How to Make Local TV and Radio Advertising Work in the Digital Era.  It will be conducted by Don Fitzgibbons, a senior marketing executive with Jim Doyle & Associates.  Jim began his broadcast career 40 years ago at a station in Maine and was well known as a general manager and station owner throughout the Northeast.  A graduate of the University of Wisconsin in Journalism, Don has completed graduate work in Business Management and Counseling Psychology.  He flew 102 combat missions in Vietnam.  Married with grown children, Don’s hobbies include being a high school basketball referee.

The second seminar – You’re Not Selling Airtime, You’re Creating Brand Collaborations – will be presented by Brady Sadler, an entrepreneur and business consultant with a passion for developing strategies and creative partnerships that drive innovation.  His insatiable appetite for all things music, fashion, pop culture and media led to co-founding 1BAND 1BRAND, a B2B platform that champions the alignment of artists and brands for marketing, content creation and cross-promotional opportunities.  In his previous role as EVP, Growth & Innovation at GYK Antler & Big Brick Productions, Brady led business development efforts and provided strategic guidance for client partners across CPG, footwear and apparel, technology, healthcare, financial services, entertainment and gaming.

Both seminars will appeal to GMs, GSMs, Sales Reps, Copywriters and Production personnel.

Jimmy Dunn was born in Beverly, MA but lives today in Hampton, NH.  He got his show biz start at a bar in Gloucester, where he was paid in beer and fried clams.  His standup act draws heavily on his  Boston-area roots.  The Portsmouth Herald once noted his portrayals as a “big, loud, dumb guy.”  He has appeared on numerous TV shows and in 2014 was featured in the CBS-TV sitcom The McCarthys.  For more than 15 years he has been a popular attraction at corporate events because of his clean, funny routines.  Jimmy Dunn will be performing at Cary Hall in Lexington, MA on October 13 – but you can see him the previous night at NHAB Golden Mikes!

Click here to see the complete schedule and pricing information.