Reserve the date: this year’s convention will be on Thursday, October 17, 2019 at the Executive Court Banquet Facility in Manchester, NH.

From 1:30-5:00 p.m. attend Derron Steenbergen’s The Surviving to Thriving Sales Tour presentation.  It’s all about putting together the simple steps to make magic in the sales career.  Topics will include the six most powerful words in media sales and understanding the buying cycle. 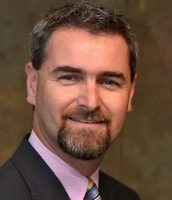 Derron is the founder, president and lead sales trainer of Swagger Institute.  Specializing in motivational speaking, business consulting, and sales and leadership training, he aims to help businesses regain enthusiasm for their work done.

Starting at 5:00 p.m., settle in for a night of good food, laughs and congratulations starting with dinner followed by comedian Kelly MacFarland.  As an experienced stand-up comedian, Kelly has an extensive and well-rounded resume including comedy clubs, theaters, colleges, festivals, television appearances and entertaining US troops overseas. Kelly was first runner up in the Boston Comedy Festival and voted Best of the Fest at the Aspen Rooftop Comedy Festival.

Kelly has performed at the Oddball Comedy Festival, the Comedy Stage at Boston Calling Music Festival, Lucille Ball Comedy Festival – National Comedy Center and has been a featured headliner for the Boston Women in Comedy Festival since inception. Kelly has appeared on Stand Up in Stilettos on the TV Guide Channel, The Today Show, The View, Comedy Central, NBC’s Last Comic Standing and AXS Gotham Comedy LIVE.  She also won first place in the professional category of the 2016 Ladies of Laughter.  Check out her website here.

After Kelly, we’ll present the best of New Hampshire’s radio and television programs and broadcasts for the previous 12 months.  We’ll cap the evening off with presentation of Station of the Year and Broadcaster of the Year.

Registration is required for the Steenbergen seminar; admission is $25 per person.  The seminar and dinner/awards event cost $40 per person.  Click here to download a complete event description.  Click here for a printable reservation form.  You can also register and pay for the convention via PayPal.

Thanks to this year’s Granite Mikes sponsors!