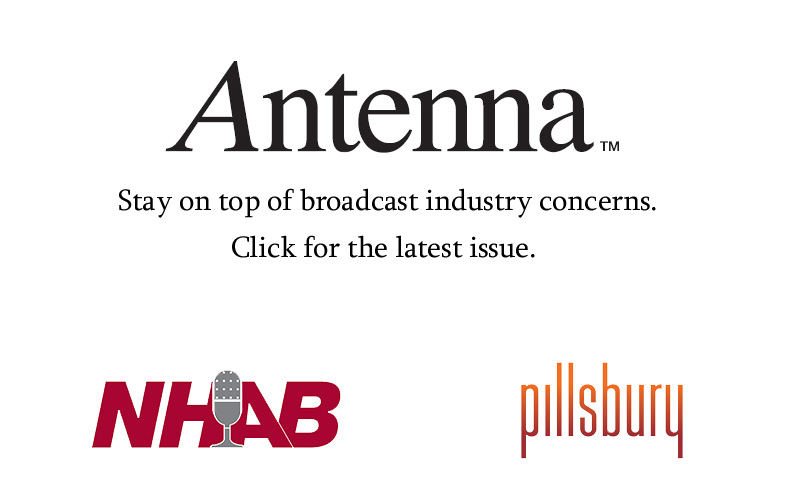 Political season is already on us, even though New Hampshire’s state primaries aren’t until September 13.  As you’ll see in the June issue of Antenna, New Hampshire broadcasters must implement their lowest unit charge for candidate advertising between July 30 and September 13.

The complexities of political advertising are also explored in a page one story about a write-in candidate who sued two Ohio stations who denied him access to their air.

If you’ve been hearing about so-called Franken stations but aren’t sure what it’s all about, check out page 2.

Regulatory fees for 2022 have been set, as directed by Congress.  How much of the burden will your station bear?

Antenna is written by communications attorney Scott Flick and is a free membership benefit for members of NHAB.

Save the Date: July 25 EAS Webinar

NHAB presents an EEO webinar on May 30