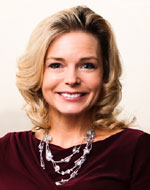 “On behalf of all 50 State Broadcasters Associations, NASBA strongly supports the STELA reauthorization legislation circulated by House Judiciary Chairman Goodlatte and scheduled for markup tomorrow. We believe this narrowly-tailored approach will provide communities across America with the continued benefits of uniquely free and locally-focused programming on broadcast television. A clean reauthorization will ensure that the satellite industry can continue to serve rural America, but does so without undermining the viability of the local broadcast framework to the benefit of all viewers. NASBA thanks Chairman Goodlatte for his leadership and we are hopeful this bill passes without amendment and without delay.”

About NASBA
The National Alliance of State Broadcasters Associations (NASBA) is comprised of the State Broadcasters Associations which represent radio and television stations in the fifty States, the District of Columbia, and the Commonwealth of Puerto Rico. NASBA, a non-profit trade organization, is a professional alliance formed to help its members and their leadership maintain the highest levels of professionalism and provide superior service to the broadcast stations they represent. Lean more at www.nasbaonline.net.