Veteran broadcaster Ed Brouder has been selected as executive director of the New Hampshire Association of Broadcasters (NHAB).  He replaces Jordan Walton who relocated to New Jersey with his family. 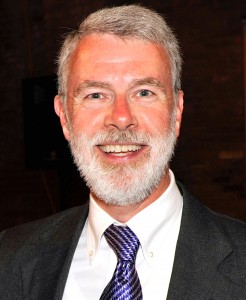 Brouder’s 37-year on-air career included various news and programming responsibilities at WZID/WFEA in Manchester, WJYY in Concord, WGIR AM/FM in Manchester and WKNE AM/FM in Keene.  He also worked at radio stations in Vermont and Connecticut.  Ed’s radio work has been recognized with several national awards including the George Foster Peabody Award for Broadcast Excellence and a Silver Gavel Award from the American Bar Association.

For the past seven years he has taught communications and digital media courses at Nashua Community College and Mount Washington College.

He has been the state coordinator of the Emergency Alert System and Amber Missing Children program since 1992.

Established in 1954, the NHAB is the only voluntary, statewide trade organization serving the Granite State’s over-the-air radio and television stations.  The Association assists its members with general and broadcast-specific business challenges through educational seminars, legal hotlines, grassroots lobbying (in-state and on Capitol Hill), locating helpful resources, and networking with fellow broadcasters.

The NHAB promotes broadcasting as a viable and exciting career choice by offering annual scholarships and maintaining an online database of available jobs for individuals searching for a career in radio or television, as well as the opportunity to post resumes online (www.nhab.org).