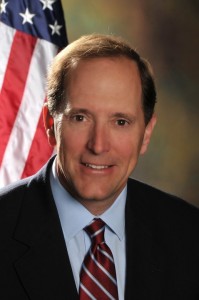 A new issue has been added to the now standard mix of issues facing New Hampshire’s broadcasters.  The “usual suspects” are still present; retransmission consent, the television spectrum auction  and reallocation (which has been delayed until 2015) and radio’s performance tax.

Camp, who chairs the House Ways and Means Committee, introduced his proposal in late September which calls for businesses to take only a 50% deduction for advertising costs in any given year, with the remaining 50% amortized over the course of the following ten years.

Senator Baucus’ proposal isn’t much better, stating that the “other” 50% of advertising costs be amortized over a five year period.

It doesn’t take a math degree to see that these are massive deductions for companies both big and small.  The impact to broadcasters is obvious, reduced spending across the board.  According to an AdWeek article “almost $6 trillion of the U.S. economy is generated by advertising, as well as almost 15 percent of jobs.”

Stay tuned to NHAB.org and the NHAB Facebook page for updates. For more information on all of the issues facing broadcasters, log on to the NAB’s issue pages for radio and television.

Economic Impact of Advertising in NH

Despite positive 2014, legislative issues ahead in 2015