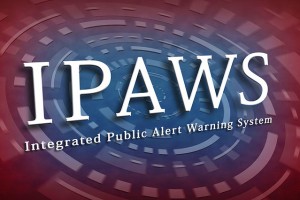 (original article from March 22, 2016🙂
A bill codifying IPAWS into law is on its way to the White House.  In 2015 the U.S. Senate passed S.1180, the Integrated Public Alert and Warning System Modernization Act.  On March 21, 2016 the bill passed the House of Representatives and was sent to President Obama.

One of the major motivating forces behind the legislation was Suzanne Goucher, President and CEO of the Maine Association of Broadcasters who worked on the proposed law for several years.  Suzanne also chairs Maine’s State Emergency Communications Committee.

Features of the legislation:

Congratulations to Suzanne and her colleagues for being the champions of this effort!

In Case of Emergency, Do You Have a Plan?
FCC Continues Rule Slashing
FCC Cancels Disaster Drill
EAS News: 3 Items for September