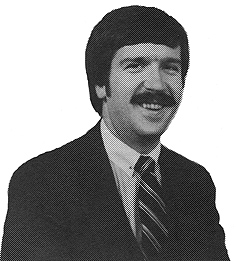 NHAB has learned of the death of Al Blake, Jr., who held sales and management posts at several NH stations.  He suffered a medical crisis while driving on Jan. 27, 2016.

In the fall of 1983 he was hired by WMUR TV as an account executive, working his way to sales manager in January 1986.

In 1987 Al joined the sales staff of WGIR A/F and was named general sales manager in May 1989.  Six months later he was promoted to general manager.  He left WGIR in May 1991 to join the financial services industry, later opening his own shop in North Hampton.  He was a member of the Million Dollar Roundtable every year since 1998.

Al Blake Jr. was married to Linda Chestney for more than 31 years.  They met when she was executive director, and he was Vice President of Programming, for the now-defunct Ad Club of New Hampshire.  In those days Al was president of the Christmas Miracle and chairman of the Ad Club’s public service project for the NH Foster Parent program.